Many Americans were puzzled by the news, in 1902, that United States soldiers were torturing Filipinos with water. The United States, throughout its emergence as a world power, had spoken the language of liberation, rescue, and freedom. This was the language that, when coupled with expanding military and commercial ambitions, had helped launch two very different wars. The first had been in 1898, against Spain, whose remaining empire was crumbling in the face of popular revolts in two of its colonies, Cuba and the Philippines. The brief campaign was pitched to the American public in terms of freedom and national honor (the U.S.S. Maine had blown up mysteriously in Havana Harbor), rather than of sugar and naval bases, and resulted in a formally independent Cuba.

The Americans were not done liberating. Rising trade in East Asia suggested to imperialists that the Philippines, Spain’s largest colony, might serve as an effective “stepping stone” to China’s markets. U.S. naval plans included provisions for an attack on the Spanish Navy in the event of war, and led to a decisive victory against the Spanish fleet at Manila Bay in May, 1898. Shortly afterward, Commodore George Dewey returned the exiled Filipino revolutionary Emilio Aguinaldo to the islands. Aguinaldo defeated Spanish forces on land, declared the Philippines independent in June, and organized a government led by the Philippine élite.

During the next half year, it became clear that American and Filipino visions for the islands’ future were at odds. U.S. forces seized Manila from Spain—keeping the army of their ostensible ally Aguinaldo from entering the city—and President William McKinley refused to recognize Filipino claims to independence, pushing his negotiators to demand that Spain cede sovereignty over the islands to the United States, while talking about Filipinos’ need for “benevolent assimilation.” Aguinaldo and some of his advisers, who had been inspired by the United States as a model republic and had greeted its soldiers as liberators, became increasingly suspicious of American motivations. When, after a period of mounting tensions, a U.S. sentry fired on Filipino soldiers outside Manila in February, 1899, the second war erupted, just days before the Senate ratified a treaty with Spain securing American sovereignty over the islands in exchange for twenty million dollars. In the next three years, U.S. troops waged a war to “free” the islands’ population from the regime that Aguinaldo had established. The conflict cost the lives of hundreds of thousands of Filipinos and about four thousand U.S. soldiers.

Within the first year of the war, news of atrocities by U.S. forces—the torching of villages, the killing of prisoners—began to appear in American newspapers. Although the U.S. military censored outgoing cables, stories crossed the Pacific through the mail, which wasn’t censored. Soldiers, in their letters home, wrote about extreme violence against Filipinos, alongside complaints about the weather, the food, and their officers; and some of these letters were published in home-town newspapers. A letter by A. F. Miller, of the 32nd Volunteer Infantry Regiment, published in the Omaha World-Herald in May, 1900, told of how Miller’s unit uncovered hidden weapons by subjecting a prisoner to what he and others called the “water cure.” “Now, this is the way we give them the water cure,” he explained. “Lay them on their backs, a man standing on each hand and each foot, then put a round stick in the mouth and pour a pail of water in the mouth and nose, and if they don’t give up pour in another pail. They swell up like toads. I’ll tell you it is a terrible torture.” 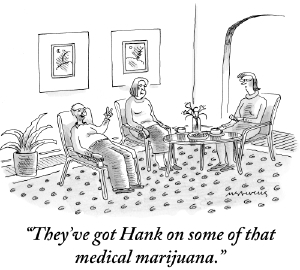 On occasion, someone—a local antiwar activist, one suspects—forwarded these clippings to centers of anti-imperialist publishing in the Northeast. But the war’s critics were at first hesitant to do much with them: they were hard to substantiate, and they would, it was felt, subject the publishers to charges of anti-Americanism. This was especially true as the politics of imperialism became entangled in the 1900 Presidential campaign. As the Democratic candidate, William Jennings Bryan, clashed with the Republican incumbent over imperialism, which the Democrats called “the paramount issue,” critics of the war had to defend themselves against accusations of having treasonously inspired the insurgency, prolonged the conflict, and betrayed American soldiers. But, after McKinley won a second term, the critics may have felt that they had little to lose.

Ultimately, outraged dissenters—chief among them the relentless Philadelphia-based reformer Herbert Welsh—forced the question of U.S. atrocities into the light. Welsh, who was descended from a wealthy merchant family, might have seemed an unlikely investigator of military abuse at the edge of empire. His main antagonists had previously been Philadelphia’s party bosses, whose sordid machinations were extensively reported in Welsh’s earnest upstart weekly, City and State. Yet he had also been a founder of the “Indian rights” movement, which attempted to curtail white violence and fraud while pursuing Native American “civilization” through Christianity, U.S. citizenship, and individual land tenure. An expansive concern with bloodshed and corruption at the nation’s periphery is perhaps what drew Welsh’s imagination from the Dakotas to Southeast Asia. He had initially been skeptical of reports of misconduct by U.S. troops. But by late 1901, faced with what he considered “overwhelming” proof, Welsh emerged as a single-minded campaigner for the exposure and punishment of atrocities, running an idiosyncratic investigation out of his Philadelphia offices. As one who “professes to believe in the gospel of Christ,” he declared, he felt obliged to condemn “the cruelties and barbarities which have been perpetrated under our flag in the Philippines.” Only the vigorous pursuit of justice could restore “the credit of the American nation in the eyes of the civilized world.” By early 1902, three assistants to Welsh were chasing down returning soldiers for their testimony, and Philippine “cruelties” began to crowd Philadelphia’s party bosses from the pages of City and State.

Why Work with Us

No need to work on your paper at night. Sleep tight, we will cover your back. We offer all kinds of writing services.